View the rest of the project at our report hub here 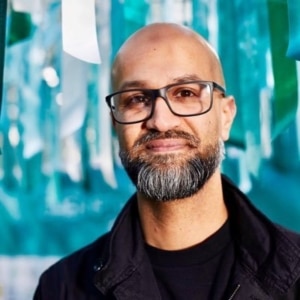 Far too often, anxieties over rising ‘authoritarianism’ or ‘illiberalism’ across Europe have focused on the unvarnished oppression found in Viktor Orban’s Hungary, or Andrzej Duda’s Poland. Yet what we have increasingly seen is how the European ‘mainstream’ is coming together to drive a deeply repressive security agenda, animated by Islamophobia and the basest xenophobia.

The governments of recently-deposed Austrian Chancellor Sebastian Kurz – one-time saviour of Austria’s Parliamentary rightwing – has spent the last few years making life for the country’s Muslim population ever more intolerable, through a series of policies and incendiary proclamations.

It has used the Vienna attacks of November 2020 to accelerate this project of Islamophobia and securitisation, first through its ‘Operation Luxor’ and then with a spate of policies and interventions since.

This report is a comprehensive document on both Operation Luxor, and the architecture of oppression that the Austrian state has been developing in the name of combating ‘Political Islam’, such as its Documentation Centre on Political Islam.

For those that have been challenging counter-terror policies in places like Britain over recent decades, much of the framework and strategy deployed by the Kurz government will seem intimately familiar. But other developments foreshadow a darker turn in Austrian politics – validating the instincts of the country’s far-right and other forces of reaction in Europe.

With Austria now attempting to mainstream and export its policy framework across Europe, is it vital that academics and activists across the continent redouble their opposition to this disturbing agenda and extend solidarity to Austria’s Muslim population.

Operation Luxor: Unravelling the myths behind Austria’s largest ever peacetime police raids is a vital and timely intervention on the deeply concerning developments taking place in Austria over the past year, ever since the Austrian state subjected the Muslim community to the largest post-war raids in the country’s history.

I am glad that CAGE and ACT-P are able to shed a light on the situation in Austria as it unfolds before us, and that this report gives the opportunity, for the first time, for survivors of Operation Luxor to describe their experiences one fateful night in November 2020. 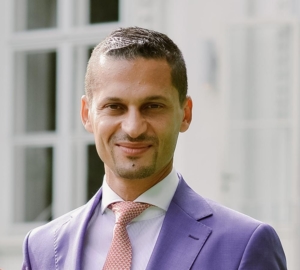 One year following the brutal raids of Operation Luxor that marked a peak of the anti-Muslim policies perpetrated by the Austrian government, it is of utmost importance to take time to look back and revisit what has happened.

I welcome this initiative of CAGE and ACT-P to present a critical review of Operation Luxor, which has itself been been declared unlawful –  while the investigations against many of the affected Muslim people and institutions rendered suspects of ‘terrorism’ are still ongoing.

It is indeed telling that this initiative is coming not only from within Austria, but from outside, which reveals how dire the silencing of critique against anti-Muslim legislation and politics has become in Austria. Indeed, as an academic who has been monitoring and criticising these policies for the past decade, I have always been aware that the present and future of these policies do not forecast the brightest future for Muslims, nor for the whole population in Austria.

But I had never thought that Muslim civil society actors as well as an academic like me would have to fear special forces breaking doors down and intimidating not only elder people, but also their children, on literally no grounds.

Operation Luxor left the Muslim community in Austria in a state of fear and impuissance, amidst a pandemic and lockdown. Following the militant attack in Vienna a week earlier, there was little space left to challenge such an operation.

The suspects were denied access to the investigative files (which was later again judged to be illegal) and thus had little to defend themselves. The suspects were left with frozen bank accounts, but  had the chance to see who really stood by their side, and who hid away in silence. And apart from the personal journeys of self-knowledge and knowledge about one’s community, it revealed the extent to which repressive means could be implemented by state authorities.

This should be a wake-up call, amidst larger corruption scandals that are currently unravelling within the Austrian government –  where the Austrian justice system has proven to be the only check on those exercising power. It seems to me that it will still have to take some time, until larger audiences can understand that the raids that happened on November 9, 2020, are just another part of a larger puzzle in a changing political landscape, where politicians have seemingly manipulated the media and want to take hold of the justice system.

For the Austrian public, the first-year anniversary of the still-ongoing Operation Luxor could be a welcome opportunity to critically reflect upon the state of the rule of law, human rights and the role of the politics vis-à-vis Muslims in the country, especially by the current corruption-tossed political circles.

This is especially important given how much they have been influenced by media discourse that had initially reproduced state propaganda, before largely turning to critically covering this investigation after truths came to light.