Mullah Omar – On War and Peace

As the war in Afghanistan reaches an historic turning point, Arnaud Mafille revisits the words of late Taliban leader Mullah Omar spoken at its outset – and how his statements can provide a roadmap to moving away from damaging cycles of violence.

In the West, Mullah Omar is largely remembered as one of the most wanted men in the world with a $10-million bounty on his head. In his country, however, people overall mention that under his authority, “Afghanistan (…) was 90 percent safe and no more than 10 percent corrupt” according to a surprising comment by Bette Dam, his Dutch biographer.

In any case, Mohammed Omar Mujahid’s views and decisions have contributed to shape the world as we know it today. His words and reflections are valuable to understand the current War on Terror and most importantly to find a way out of the cycle of violence. 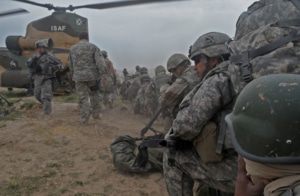 Local grievances and western foreign policy as the causes for violence

Mullah Omar was no sociologist. Nevertheless, he had a first-hand understanding of what motivates Muslims to take up arms. After all, he was himself a young man who had to interrupt his religious studies to join the many other Afghans and foreigners in their fight against the Soviets.

“If you look at Islamic countries, the people are in despair. They are complaining that Islam is gone. But people remain firm in their Islamic beliefs. In their pain and frustration, some of them commit suicide acts. They feel they have nothing to lose”, he explained in a 12-minute interview to Voice of America.

“The people ask to follow Islam, but the governments do not listen because they are in the grip of the United States. If someone follows the path of Islam, the government arrests him, tortures him or kills him. This is the doing of America”, he added.

His assertions that Muslims in the Islamic world wish to see their faith as a form of governance remains true to this day. In 2013, the Pew Research centre published a survey conducted over four years in 39 countries.

According to the study, most Muslims were in favour of traditional Islamic law being adopted as “the law of the land” in their countries.

The way out of the conflict for Mullah Omar

Just days after the 9/11 attacks, amidst US preparations to invade Afghanistan, the leader of the ‘Islamic Emirate’ described what he regarded as the root-cause of the problem and the way forward to overcome violence.

The Taliban leader’s assessment was stark.

“Americans will not be able to prevent such acts like the one that has just occurred (i.e 9/11) because America has taken Islam hostage”, he said.

“America has created the evil that is attacking it. The evil will not disappear even if I die and Osama dies and others die”.

His prediction has proven to be true. For the past twenty years, the United States and their allies have extra-judicially killed, arbitrarily detained, and tortured numerous leaders and members of Al Qaeda and the Taliban, alongside a majority of “collateral victims” not involved in either group.

Yet, the conflict remains and arguably, it has spread.

Ironically, making Mullah Omar’s point, then-President Barack Obama conceded the US’ role in the birth of what many have identified as the new threat.

“ISIL is a direct outgrowth of al Qaeda in Iraq, that grew out of our invasion, which is an example of unintended consequences,” he said to VICE.

On nearly all accounts, Mullah Omar’s forecast has been correct. Perhaps then, policy-makers might also consider his recommendations to bring an end to the conflict. There is no quick fix though according to him. It requires a serious change in the United States’ approach to the Muslim world.

“If it stops supporting those governments and lets the people deal with them, then such things won’t happen”.

“The US should step back and review its policy. It should stop trying to impose its empire on the rest of the world, especially on Islamic countries”.

Over the years, this argument has gained traction, even among the US military establishment. In the 2015 “Senior Conference”, Nelly Lahoud and Robert Person, two academics from the US military academy, raised the question whether democracies should revise their partnership with non-democratic states, “lest their support  of autocratic regimes breed more  terrorism”.

General Votel, who headed the Joint Special Operations Command, also expressed the current tendency to “myopically focus on a singular root cause (…) while effectively ignoring other potential reasons”.

“Our focus on ideology is a great example of this. Sunni-Wahhabism is in vogue today, and is winning our attention right now, but I am not so sure I agree that it is the singular root cause for  terrorism”, he said.

Politicians perpetuating the cycle of violence

Despite all of the above, politicians have shown they have paid no heed.

An example of this is Washington’s backing to Sisi’s coup which ousted elected president Mohamed Morsi, part of the Muslim brotherhood. This “strong support” in John Kerry’s words came with the promise that Washington will continue the flow of military aid.

Likewise, amidst mass killing and arrest of protestors, the United Kingdom rejoiced at the election of Sisi, looking, “forward to working with his government to strengthen the broad and productive relationship between both our peoples”.

Unfortunately, this blind and counter-productive approach is also now being applied within Britain, through the PREVENT program. In a leaked PREVENT training published by CAGE, it is admitted that local and global injustices, perceived and “even true” are a driver to violence in the War on Terror. Yet, they are quickly dismissed as a “distortion of history” and religion.

“General Votel also expressed the current tendency to “myopically focus on a singular root cause (…) while effectively ignoring other potential reasons”.

“Our focus on ideology is a great example of this.”

Dialogue as the way forward

The longest war in American history is coming to an end; not after the opponent’s capitulation but through dialogue with the very men America once imprisoned and tortured.

The peace process still has a long way to go in Afghanistan.

However, it should serve as a model for western states involved in the Muslim world to end wars and envisage relationships that are based on mutual respect and interest, rather than sheer force.

Twenty years ago, Mullah Omar’s words were directed at the United States.

While the US post-2001 approach failed militarily and morally, it succeeded on one account: spreading its inflammatory rhetoric to other super-powers.

Hence, China, Russia and India have all understood that the language of the War on Terror provided the perfect cover for their brutal repression of Muslim populations.

If those countries do not benefit from the US’s experience in Afghanistan, it might well be they fall into the same cycle of violence if those very Muslim populations opt for self-defence in the name of their faith, echoing the words of Mullah Omar when asked if he feared America would beat the resistance:

“I’m very confident that it won’t turn out this way. Please note this: there is nothing more we can do except depend on almighty God. If a person does, then he is assured that the Almighty will help him, have mercy on him and he will succeed.” 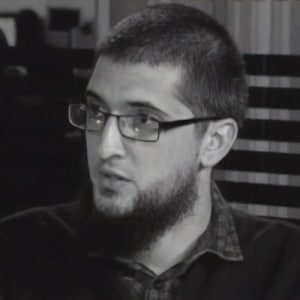