Muhammad Jalal discusses recent legislative developments in France, and places these coercive social projects within their context of a broader social and political assault on its Muslim population and on the practice of Islam in the country.

When the French Interior minister Gérald Darmanin declared, “never at any given time, is Allāh superior to the Republic.” he was echoing an emerged consensus in French political life – Islam has to be chastened and suppressed if Muslims are to be tolerated in the country. 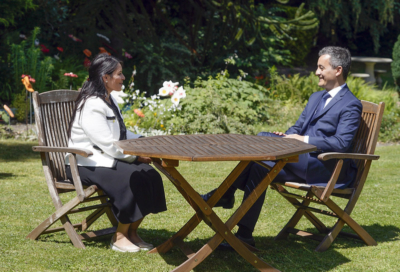 For France’s some six million Muslims, his intemperate remarks only served to underscore an intolerance to which the sizeable yet marginalised minority community have become accustomed. The political establishment, left and right, perceives Muslims and their continued adherence to Islam as not only a danger to the republic but also an affront to French secularism known as laïcité, a fundamentalist separation of religion from the society that undergirds the republic.

As the state turns the screw on all Muslims through the passing of new draconian legislation, its experiment will serve as a blueprint for other European countries.

At the centre of this offensive against the Muslim community is the so-called “anti-separatism” bill, given the Orwellian sounding name, the law “to reinforce the principles of the Republic and the fight against separatism”.

The draft legislation has this past month passed both houses of the legislature – Senate amendments are currently being considered by a joint committee.

The provisions of the bill, crafted to incorporate all religions – lest it be challenged on discriminatory grounds – is nonetheless directly aimed at coercing French Muslims into adopting the ideological dogma of the state. Home- schooling will be banned and there will be an introduction of a child ID system for all over three years old, to track students in the educational system.

This serves to prevent those parents that have chosen to educate their children at home, seeking to navigate around the already harsh restrictions on hijab wearing and a muscular liberalism that restricts all forms of religious observance in educational settings.

The bill increases the administrative powers of the state to shut down ‘extremist’ faith schools.

As Rayan Freschi, a French legal jurist argues, this gives legal cover to what has already been the practice of the state for many years, the use of schools inspectorates to close Muslim schools down on minor infractions.

It is what has become known as a wider unstated policy of “systematic obstruction”, employed by successive governments to undermine Muslim civil society institutions, such as mosques, schools and charities by using existing provisions to make it impossible to remain open, often setting onerous fines or temporary closures to act as a disincentive against community initiatives.

“This direction of travel was underscored by an incendiary letter written by some ex-generals who claimed “Islamism and the hordes of the banlieue” – the impoverished immigrant suburbs surrounding French cities – was a recipe for “civil war”.”

The bill helps the state to more directly control what is being said in mosques, banning sermons that stray into politics or criticise, for example, French interventions in the Sahel and the Middle East.

Religious leaders and organisations that receive public funds and tax exemptions would have to sign up to a ‘charter of principles’, explicitly declaring their allegiance to the French Republic.

Possibly the most egregious aspect of the bill came via an amendment in the Senate last month, proposing to in effect ban the hijab in public for all under the age of 18.

This measure, tabled by the French right, if not rejected by the joint committee, would deny Muslim girls the right to wear the hijab anywhere in public. The wording of the clause talks of banning “signs or clothing” in public spaces that “ostensibly manifest a religious affiliation” or “that would signify the inferiority of women to men.”

“What is going on in France is nothing short of an inquisition. Even a charitable reading of the legislation would surmise it is aimed at all Muslims who observe Islam in their lives.”

Emmanuel Macron’s En Marche party opposed the amendment together with much of the left in the senate, citing its unsubtle wording.

Until now, the bill has steered clear of mentioning Islam directly, instead focussing on the façade that it represents an equal treatment of religion. By including the religious symbol clause, it removes any pretence and does what everyone knows the bill is aimed at doing – further obstructing observant Muslims from practising their faith.

The amendment would also ban hijab-wearing mothers from accompanying their children on school trips.

One left-leaning Senator Mari-Noëlle Lienemann explained her vote against the amendment by saying that she wanted to “find legislation that outlaws the veil for minors,” but that “we cannot make a mistake in choosing which method to use”.

A former Socialist Party minister, J-P. Chevènement who headed the government’s Fondation de l’islam declared, “The veil (hijab) is for many women an identity claim. This symbol means that marriage is only possible with a Muslim. This is a manifestation of separatism.”

Like much of the political establishment in France, the progressive left subscribes to the aim of systematically obstructing Muslims, but differ on the means. 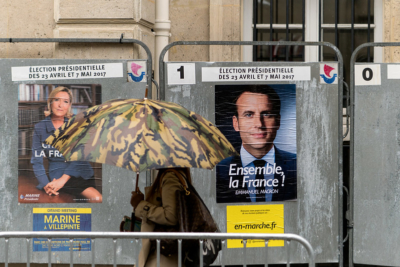 In 2004 it was the Socialist Party that banned the hijab in schools and in 2010, President Sarkozy from the centre-right The Republicans banned the niqab using terrorism laws.

Darmanin absurdly declared the amendment would harm “religious pluralism” in France, yet in the months before tabling the bill he talked of his horror of halal-only food aisles in supermarkets and in an interview in La Voix du Nord floated the idea that Muslim women who refused medical treatment from male doctors could face heavy fines or even jail sentences.

What is going on in France is nothing short of an inquisition. Even a charitable reading of the legislation would surmise it is aimed at all Muslims who observe Islam in their lives.

Its objective is to remove the usual organising capacities in Islamic communities that help foster a commitment to faith and at the same time forcibly convert young Muslims to embrace more stridently the commitments of the secular liberal republic.

Recently, Darmanin had to reprimand two “overzealous” police officers when they asked a group of topless sunbathers to cover up on a beach, tweeting “it was wrong that the women were warned about their clothing” and “freedom is something precious”, yet the same respect is not afforded to Muslim women, who face a daily barrage of racist slurs, discrimination and suspicion.

Some commentators have rightly pointed out that Macron’s poor handling of the Covid crisis and the ‘Yellow Vest’ movement has harmed his prospect for re-election, citing the surge of Marine Le Pen’s National Rally in the polls.

Le Pen broke through to the second round in the last presidential election, a first for the French far-right.

In a televised debate between Darmanin and Le Pen, the interior minister accused her of “going soft on Islam” because she had reservations about the separatism bill. In reality, the prospect of Le Pen winning may remain slight, but she is making ground in the polls.

A second-round runoff may be closer this time than 2017 and Macron knows that to neutralise the non-committed right in the electorate he has to outdo Le Pen and show a greater disdain towards Islam.

Yet to dismiss his position as merely posturing ahead of a general election would be naïve. The French state has embarked upon the systematic dismantling of the religion of Islam as practised by the majority of Muslims in the country.

It is an acknowledgement that the 1905 law that explicitly removed religion from the public square has failed to diminish Muslim observance, resistant to attempts to secularise the faith.

Many in French society see Islam to be a regressive religion and, like attempts in colonial Algeria, nothing short of forcibly eradicating a religious culture can be entertained.

Echoing its colonial past, there is a particular obsession with ‘liberating’ the Muslim woman, yet what is apparent is Muslim women, what they think and feel, is noticeably absent from the public discourse.

This unsavoury direction of travel was underscored by an incendiary open letter in April written by a group of ex-generals who claimed “Islamism and the hordes of the banlieue” – the impoverished immigrant suburbs that surround French cities – was a recipe for “civil war”.

In the absence of political and public pressure at home, Emmanuel Macron has a free hand to treat the Muslim community with the disdain that he has shown.

In the latest step of the extreme-right anti-Muslim campaign by the Macron government in France, Interior Minister Gérald Darmanin announced on Wednesday that dozens of mosques are to be forcibly closed or investigated.#StopMacron https://t.co/X2e9PStmrz

Notwithstanding, recent protests and boycotts of French products after the cartoon controversy shows that external pressure works if it is sustained. In the absence of meaningful international condemnation of France, a collective Muslim civil society effort to put pressure on the French government can temper the fundamentalism of the French state.

Macron was rattled late last year after the boycott started, having to appear on Al Jazeera to allay concerns.

He also took umbrage at an article in the Financial Times – now removed – written by a Muslim journalist about him. Instead he penned his own op-ed, replete with erroneous slurs of Muslim girls as young as three forced to wear full-face veils; claims that have yet to be corroborated.

Only coordinated civil society action can stop what Islamic scholar Dr Yasir Qadhi calls a template of suppression to be borrowed soon by governments across Europe.