Issam Hijjawi Bassalat, 66, is a Scottish citizen and a medical doctor of Palestinian descent who is facing trial in Northern Ireland. He stands accused of engaging in terrorist activity for his attendance at a meeting of the Irish republican group Saoradh in Belfast in July 2020.

Following his arrest in August 2020 Dr Issam went on a hunger strike along with fellow inmates (including female prisoners) and co-defendants, in protest of the prison conditions. Due to his poor health, he underwent spinal surgery in June 2021 and suffered a serious heart attack a few months later in October 2021, which resulted in his hospitalisation.

Dr Issam has been repeatedly denied bail despite this.

He has been held in remand at Maghaberry Prison for over 15 months and has been separated from his children during this time.

Before his arrest in August 2020, Issam had faced a number of stops under Schedule 7 while travelling with his children and had been arrested during one of these stops, for failure to surrender his phone password.

Dr Issam Bassalat is a Scottish citizen of Palestinian descent. Originally from the occupied West Bank, Dr Issam arrived in the UK in 1995 to work in the NHS as a medical doctor.

Dr Issam is an ophthalmologist who has lived and worked in Edinburgh since 2010. He has four children whom he shares custody over with his ex-wife.

He is a staunch supporter and advocate for Palestinian rights and travelled around the world raising awareness and working for a just and peaceful change in Palestine. 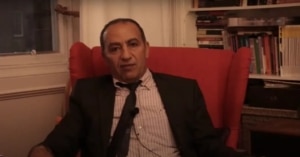 Harassment at Borders: Schedule 7 stops in 2019

Between November 2019 and early 2020, Dr Issam was stopped on at least two occasions during his departure and arrival into the UK by Border Police. He had been travelling with his children, who were extremely distressed by the experience.

Dr Issam co-operated with the officers’ questions, however was arrested on one occasion for failure to provide the password to his mobile device.

On Saturday 22nd August 2020, Dr Issam was arrested at Heathrow Airport along with 9 others accused of being part of the Irish Republican Socialist party Saoradh. The arrests were part of “Operation Arbacia” – related to the activities of the New IRA. The Northern Ireland Police Service have stated that this operation involved MI5, Police Scotland, An Garda Siochana and the Metropolitan Police Service.

Dr Issam was charged with “preparatory acts of terrorism” under the Terrorism Act 2006, based on his attendance (in July 2020) at the Saoradh meeting. His legal team argue that Dr Issam attended this meeting under the false belief that he would be speaking about Palestinian rights and due to MI5 entrapment by agent Dennis McFadden. It is alleged McFadden went to great lengths to get Dr Issam to attend the meeting, he even got his wife to look after Dr Issam’s children, who had travelled with him.

It is being argued that Dr Issam’s activism related to Palestine is being punished through his arrest as part of “Operation Arbacia” and that he had been enticed to Belfast on the false pretence of renewing his child’s passport.

Following his charge Dr Issam’s licence to practice medicine was suspended by the General Medical Council on 26 October 2020.

Dr Issam is currently being held on remand in the high-security Maghaberry Prison in Northern Ireland. 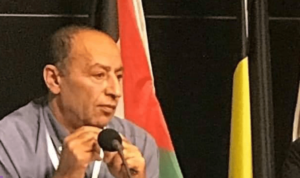 Under UK law there is a presumption in favour of bail.

Dr Issam has been repeatedly denied bail since his arrest in August 2020. He has been refused bail twice each at Dungannon Magistrates Court and High Court. This is despite the deterioration of his health due to chronic and ongoing health issues (Dr Issam even underwent spinal surgery in June 2021 following complaints since August 2020).

Furthermore, in September 2020, over 50 inmates partook in a hunger strike to protest Dr Issam’s arrest and prison isolation.

Following multiple denied bail applications, on Sunday 9th October 2021, Dr Issam suffered a heart attack and required emergency hospitalisation. He was thereafter returned to Maghaberry Prison where he was put in isolation for 14 days.

Dr Issam’s legal team applied for bail once more following his heart attack however the Magistrates Court in Northern Ireland denied his bail once again, stating that his heart attack did not amount to a material change in circumstance.

There are fears for Dr Issam’s health due to delays in medical treatment and standard of care in prison.

Issam’s lawyers have now submitted a bail application to the High Court of Northern Ireland.

Dr Issam’s case trial will be heard by a sole judge and will not have a jury. A non-jury trial remains possible in Northern Ireland on case-by-case certification, despite its predecessor system of Diplock courts having been formally abolished in 2007.

Diplock courts, introduced in Northern Ireland as an ‘emergency measure’ in 1973, were used for political and terrorism related offences. Current non-jury trials in Northern Ireland are a continuation and replacement of this system. Were Dr Issam to face the same charges in Scotland, his case would be heard before a panel of 15 jurors and his trial would have concluded already.

This then raises due process concerns about whether such a system can or will be conducive to a fair trial for Dr Issam.

Human rights activists and organisations have been attending and documenting Dr Issam’s court proceedings. If you would like to attend or know a human rights group that should attend, you can write to samidoun@samidoun.net to receive the link to attend the hearings online.

Note that during the court hearing: