Dr Rob Faure Walker explains how British counter-extremism policies are fundamentally anti-democratic programmes that sow the seeds of the violence that they purport to prevent.

It seems to make sense that policing people’s “extreme” views will make us safer, but common sense isn’t always correct.

In a democracy, it is the ability to speak and be heard that is important. The sense that we have been heard is what allows us to accept political decisions, even those that we do not agree with. Thus, 48% of the British electorate who voted to stay in the European Union have largely accepted the result of the EU Referendum. The Leave vote having been accepted in the face of dodgy numbers on buses and Cambridge Analytica’s questionable data practices shows just how powerful the imperfect system of democracy can be at preventing violence from erupting.

Ironically, it was Boris Johnson and Vote Leave’s successful efforts to foment a vicious, divisive, but ultimately successful campaign that resulted in the most notable act of violence around the vote when Jo Cox MP was assassinated by a Far Right Brexiteer.

Jo Cox’s murder and the rise in visibility of the Far Right has led the Government to denounce them as “extremists”.

Denouncing the Far Right as “extremists” sets them apart from the same Government and Press that watered the very ground on which they grew. This is the same Government that has fomented Islamophobia by expanding the domestic War on Terror to target Muslim children with the Prevent strategy. And let’s not forget that our Government is led by a man who describes Muslim women as looking like “letterboxes” and black children as “pickaninnies”.

“Denouncing the Far Right as “extremists” sets them apart from the same Government and Press that watered the ground on which they grew.”

By considering the Government’s role in encouraging the Far Right at street level, we start to see a glimpse of what is really going on.

The Government has as little interest in preventing the rise of Far Right thuggery on the street, including recent hate speech against young black footballers, as it does in preventing the divisive rhetoric of the right wing Press that both Johnson and Gove forged careers in before rising to the top of British politics.

Yet it is not only Far Right violence.

In doing so, they appear to be promoting rather than preventing it.

Strategies like Prevent that seeks to identify and intervene in the lives of “extremists” have been around for nearly two decades.

They rely on the idea that “extreme” views are a useful predictor for future acts of political violence. By this logic, the law continues to be expanded to allow the Police to intervene in people’s lives for what they might think or say.

This threat of Police intervention makes it inevitable that those who might express supposedly “extreme” views will be silenced. Far from preventing violence, silencing dissent or preventing people from being heard makes violence more likely in a democracy.

As those who have been classified as “extremists” are silenced, a vicious cycle is set up. That is to say that every act of political violence leads to calls for the further expansion of counter-extremism measures, leading to more people being silenced, and making disenfranchisement from the mechanisms of the state more likely.

The rise and rise of “extremism”

So, how have successive governments got to the point where they are implementing policies that make us less safe? To understand this, we need to look at the language of counter-extremism.

“Extremism” is a relatively new word in our political vocabulary. You’ll be hard pressed to find much reference to it or to “radicalisation” in contemporary commentary on 9/11.

Thus, a few years after 9/11 and by focusing on the “extremism” of the perpetrators, the 7/7 bombings were seen as individualised violent acts. Seen as being caused by individuals, rather than as a product of our broader politics. This is a profound example as the 7/7 bombers tell us in their martyr videos that they were motivated by opposition to British foreign policy, a position supported by the former Head of MI5’s testimony to the Iraq Inquiry.

And yet former Prime Minister David Cameron would later claim the bombings occurred as a result of the bombers’ “extremist ideology”. By saying this, Cameron was able to ignore his and former British Governments’ roles in perpetuating the War on Terror and the violence that continues to be born from it.

We can see from the disasters in Iraq, Afghanistan, Syria and Libya how dangerous it is to set up a situation where politicians cannot learn from the catastrophic mistakes of the War on Terror.

In doing so, they appear to be promoting rather than preventing it.”

Since the 7/7 bombings of 2005, there has been an exponential rise in the use of the word “extremism” by both politicians and the Press. “Extremism” has become the go-to explanation for acts of political violence.

Our history tends to tell stories of violent revolution, but change can be more subtle and pass by unnoticed. Hence, it is now accepted that “extremism” causes violence and should therefore be policed. Few people seem to have noticed how this has obscured the politics that lead to acts of political violence in the first place.

Sadly, the counter-extremism industry not only undermines democracy and makes us less safe, but it is organised in such a way that it also hides the harm that it causes. This is not any one person’s fault, rather it is the cumulative effect of civil servants from the Home Office spending the last decade naively gathering skewed evidence to support a failed policy area.

One example of how this problematic “evidence” is created is the Building a Stronger Britain Together programme (BSBT). In collaboration with global advertising agency MC Saatchi, the Home Office offer:

While the use of BSBT to support dangerous counter-extremism agendas could be forgiven as naïve, the Commission engaged in a more overtly troubling practice when it paid academics to write papers as part of their evidence drive.

A situation mirrored by Counter-Terrorism Policing HQ commissioning CREST Associates, “to review and make recommendations on the police delivery of the Prevent programme”.

Why the Commission and the Police did not turn to the extensive and genuinely independent academic research on counter-extremism that already exists isn’t clear, unless they are so cynical as to not be prepared to listen to research that overwhelmingly challenges their agendas.

With the Prevent strategy having been around since 2004, we have reached a point where many civil servants and senior Police have forged successful careers in chasing the imagined threat of “extremism”. They have been effectively “radicalised” against our democracy.

I would suggest that they be channelled into some kind of deradicalisation programme if it wasn’t such a profoundly anti-democratic and dangerous idea.

Powerful session today hearing from those working on the frontline about the victims of #extremism. Thanks to #BSBT conference. The deep impact of #extremism is being felt by individuals, communities and wider society. We will shine a light these stories. https://t.co/KnJbq52geS pic.twitter.com/IKxCSE0Xs8 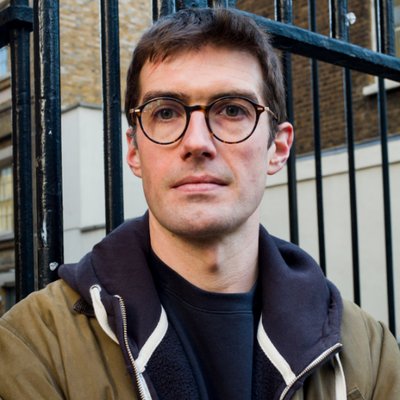 Dr Rob Faure Walker
Rob is author of The Emergence of “Extremism”, which can be pre-ordered from Bloomsbury at a discounted rate now: https://www.bloomsbury.com/uk/emergence-of-extremism-9781350199507