Nura Al-Izzedin explores how events unfolded following the attacks in Vienna, which exposed serious government failings and led to a major crackdowns on Muslims in Austria.

On the 2nd of November 2020, Austria experienced an entirely preventable attack.

Austria’s Minister for the Interior Karl Nehammer, who oversees the Federal Office for the Protection of the Constitution and Combating Terrorism (BVT), reported that a gunman who killed four people in Vienna, had tried to illegally purchase ammunition from Slovakia back in July.

This had been reported to the Austrian intelligence Services shortly after the attempt[1].

It was then revealed that it was not only foreign intelligence services who warned Austrian authorities about the perpetrator.

The Austrian army intelligence services (Heeresnachrichtenamt), who had been responsible for monitoring the attacker’s probation, reported the perpetrator to Nehammer, after the perpetrator had been trying to illegally purchase ammunition[2].

Despite all of this, the most important fact to highlight is that the attack of November 2nd 2020 could have been entirely prevented within the framework of existing laws.

In response to this revelation, Austrians have called for the resignation of Nehammer.

The right-wing politician has remained silent on the issue. Yet a further investigation into Nehammer’s failings might prove useful in determining his reasons for withholding the information that could have prevented such a horrific attack.

One week after the attack on November 2nd 2020, Austrian Chancellor, Sebastian Kurz tabled a new and highly controversial “anti-terror package[3]” which was further revised on December 16th.

Key measures of the package include[4]:

“At the moment there is only Islamism in Austria, which is specifically a religious extremist association” concluded Minister for Integration, Susanne Raab.

She ignored the fact that just a few days before, police reported the largest weapon seizure in decades, intended to arm a right-wing militia. 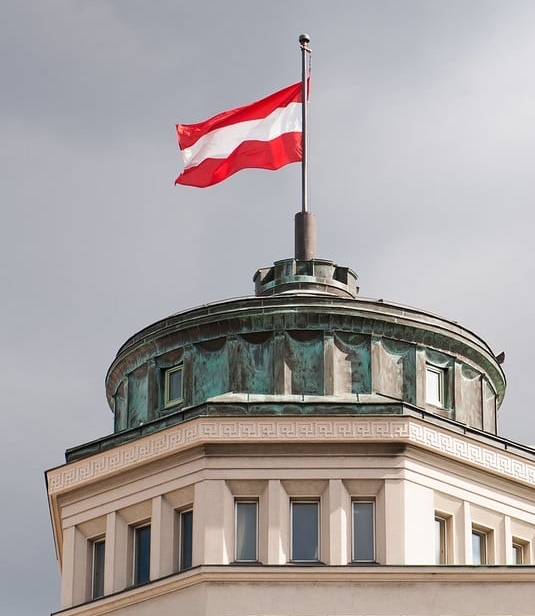 Moreover, Amnesty International[7] views the announced measures as being serious encroachments on human rights and has called for an evaluation of existing instruments.

“At the moment there is only Islamism in Austria, which is specifically a religious extremist association”[8] and it is “specifically Islamism that poses the greatest danger”[9] concluded Minister for Integration, Susanne Raab.

Raab meanwhile ignored the fact that just a few days before her statement, police authorities uncovered an organised right-wing criminal network, seizing over 70 guns in a raid. The police reported that it had been the largest weapon seizure in decades, with the weapons being intended to arm a right-wing militia[10]. 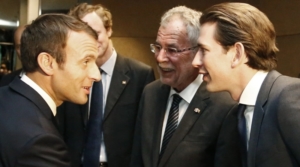 A week after the attack in Vienna, under the code name “Operation Luxor,” almost a thousand police officers stormed over 60 houses and apartments belonging to families and associations that are alleged to have links with the Austrian Muslim Brotherhood and Hamas[11].

To date, not one person has been arrested[12].

Nehammer, to whom the perpetrator of 2nd November attack was reported to beforehand, was personally present during the raids[13]. Prosecutors insisted that the raids were not connected to the 2nd November attack, but were the result of an investigation stretching back over more than a year.

It was the most elaborate operation in the history of Austria’s Ministry for Protection the Constitution, and, it is suspected by many that Austria’s judiciary and police have attempted to show their support for the Israeli and Egyptian authorities in their fight against the Muslim Brotherhood and Hamas, while also pursuing the agenda to silence outspoken Muslim activists.

Indeed, at no moment in the more than the year-long investigation, was any evidence uncovered surrounding a direct terrorist threat in Austria[14].

Key measures of the Anti-terror package include:

To many, this raised suspicion as to what extent the house searches had been carried out in cooperation with Egyptian and Israeli secret services[15].

It is interesting to point out that the language and reasoning employed in the search warrants and indictments is almost identical to the language used by Egypt and Israel when describing the Muslim Brotherhood[16].

Yet a key difference is that the Muslim Brotherhood in Austria, unlike in Egypt, Syria and Saudi Arabia, is not considered as a terrorist organisation.

What is even more concerning are the reports of excessive force employed by Austrian authorities, even against children during the “Operation Luxor” raids.

The excessive use of force and violence by the police authorities was such that, according to a child psychologist’s report, the raids have had a profound psychological impact on children.

Other children’s reports include instances of masked police standing in front of a child’s bed and shouting “target person spotted”.

Over 30 children between the ages of eight months and eighteen were affected by the raids.

For those unaffected, the newfound pandemic life seems to continue as normal, all within the most livable city in the world, Vienna.