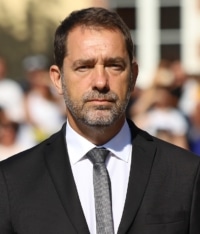 The aim of the policy was to target so-called ‘radical Islam’.

According to the former French Home Secretary Christophe Castaner, pictured right, this is synonymous with:
the beard, hijab, prayer, religiosity during ramadhan and other normal expressions of Islam.

The small steps towards systemic Islamophobia: A timeline

On average this is a staggering:

101 special units of the French government aggressively check that legislation is being correctly implemented. This includes:

Entrenching the obstruction policy against Muslims through the Anti-Separatism Bill

“I request you to intensify your obstruction actions by systematically connecting with the departmental cells.
This obstruction policy will be soon strengthened by the new dispositions of the [Anti-Separatism] bill to reinforce respect for Republican Principles.” 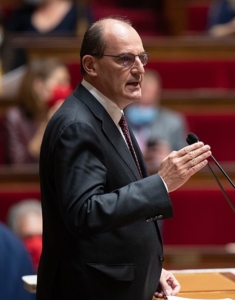 By targeting its Muslim minority on a systematic basis and despite its vicious whitewashing propaganda, the French State leads what can only be described as an Islamophobic persecution.

The Anti-Separatism Bill will only strengthen it by granting additional powers to the State.

It  is our duty to unveil the great injustice French Muslims currently face and speak out against a State whose actions are driven by its Islamophobic hatred.