Survivors’ testimonies recorded over the past decade reveal some of what the CIA is trying to censure. This piece, the result of painstaking research by CAGE investigator Arnaud Mafille, reveals the identities of men who have been on the wrong end of injustice but whose stories can yet still be told.

Leaks from a Senate Intelligence Committee report on the CIA torture programme revealed that harsh interrogation tactics were much more widespread than previously claimed by the spy agency.

However, little has been said about the identity of these unknown victims.

Connecting the dots between these revelations and previous testimonies of survivors indicates who some of these men are.

The report describes previously undisclosed cases of abuse, including the repeated dunking of a detainee in tanks of ice water in Afghanistan.

This perfectly accords with the experience of Sanad al Kazimi, a Yemeni citizen captured in the United Arab Emirates in 2003. He was then kept in Afghan prisons, notably the Dark Prison, a secret CIA site in Kabul, and Bagram until September 2004.

In 2007, the British advocacy group Cageprisoners (now known as CAGE), reported that he was subjected to “repeated plunging into pools of cold water while suspended in the air by a mechanical lift”. 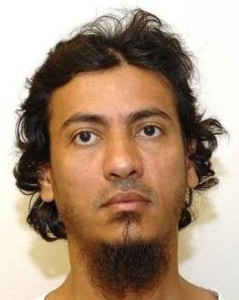 However, contrary to the information leaked, it does not seem to be an isolated instance.

In 2012, a documentary by British journalist Yvonne Ridley Spies, Lies and Libya featured the testimony of Mohammed Rabei, a Libyan detained at Bagram before his rendition to Gaddafi. He described being subjected to a medieval-like form of water torture at the hands of the US:

“They strapped us on a wheel which makes you go around 360 degrees. When you are going down under the water, you think you are going to drown.”

His account contradicts CIA assertions that only three detainees were waterboarded. Rabei claims he was subjected to the technique before his transfer to Tripoli in August 2004.

“They also put a mask over my face and poured water over me. You think you are going to drown, like at sea,” said Mohammed Rabei.

There is also another CIA enhanced interrogation technique involving water that has been referred to before. It consisted of keeping a detainee naked in a cold cell and then dosing him with cold water at regular intervals.

CIA sources had already revealed that this technique notoriously led Ibn Sheikh al Libbi to enter into a false confession which was then used to justify US actions in Iraq. 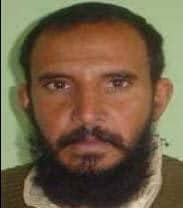 Gul Rahman, an Afghan secretly detained at the secret “Salt Pit” prison, was also doused with water. He was left shackled and half naked in a chilly cell throughout a night of November 2002 and died of hypothermia. 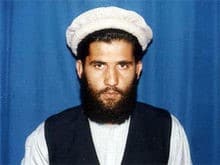 This method was also recounted by Djamel Beghal, a then-French national abducted by the Emirati secret services at Abu Dhabi airport under CIA supervision as confirmed by a French official.

Given in 2009, his horrific account only became public in 2011 in a report describing the American, British and French involvement in his torture.

He also recounted being confined in a freezing box he described as a ‘kind of big refrigerator’.

After two months of this treatment, he confessed to having been sent on a mission by Abu Zubaydah to attack the US embassy in Paris.

However, a French court cleared him of this allegation in 2005, explaining that there was no evidence of any plot, beside a statement made in the UAE that was obtained under ‘conditions not compatible with the respect of the rights of defense.’

A medical examination conducted after his return had found traces of torture and noted ‘a post-traumatic effect of the alleged events’. 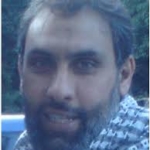 It has already been reported that the Senate Intelligence Committee has concluded in its report that CIA officers subjected detainees the agency held after 9/11 to interrogation methods that were not approved.

Officially, so-called enhanced interrogation techniques were only authorised by the US authorities in August 2002. However, Abu Zubaydah’s attorney, Brent Mickum, maintains that they were practised prior to this. ‘My client was tortured brutally well before any legal memo was issued,’ Mickum said to Al Jazeera America.

The case of Djamel Beghal clearly supports Mickum’s position. Beghal was captured and tortured even before the 9/11 attacks, on 29 July 2001. On 1 October, he was placed in a rendition flight and transferred to France with a stop-over at an unknown location. He spent the 21 hour flight suspended by his wrists.

‘I had sore arms as they were stretched and hung. Once the plane left, the noise of the engines was deafening. It was a terrible pain for which they had earplugs. Also, it was freezing cold. I did not expect to finish the trip alive, let alone safe,” said Beghal.

To this day, despite calls, the torture and rendition of Beghal has never been investigated by any of the parties involved.

Arnaud Mafille is an investigator at CAGE where he works on issues of due process in the War on Terror.