By the attorneys of Ammar al Baluchi

In January, we heard the most significant witness testimony so far in the eight years of pre-trial hearings in the “9/11 case” at Guantanamo Bay, Cuba – from Dr. James Mitchell and Dr. Bruce Jessen, the two psychologists who shaped the CIA’s torture program.

They testified about the torture techniques depicted in Zero Dark Thirty and recent drawings by Abu Zubaydah.

In April 2012, the United States government filed charges for the second time against our client, Ammar al Baluchi, in an illegal military court at Guantanamo Bay, Cuba.

US psychologists and state unapologetic

Since the case began, we have asked for all existing information about the U.S. government’s torture of Ammar, as part of his defense.

Ammar was disappeared in Pakistan in 2003, tortured, and interrogated in numerous CIA black sites around the world – without contact with his family or lawyers – before being sent to Guantanamo in 2006.

Once he arrived, he was re-interrogated by FBI and military investigators in 2007, while he was still under the “operational control” of the CIA. Those 2007 statements are the government’s main evidence against him in this death penalty case.

Last year, Mr. al Baluchi filed a “motion to suppress” the statements that he had made to FBI and military investigators at Guantanamo, because they were the product of those years of torture. The other defense teams later filed similar motions.

The United States government refuses to acknowledge that Mr. al Baluchi and the others were tortured using “enhanced interrogation techniques” – instead, the government lawyers claim that any “harsh treatment” only lasted for a short time, and that the CIA detention after that was “comfortable” for the men.

The government claims that by the time Mr. al Baluchi was interrogated by FBI and military investigators at Guantanamo, the effects of his physical torture had “worn off”.

A ‘training prop’ for learner interrogators

The reality was the opposite. As we learned during the testimony of Mitchell and Jessen, during his initial CIA detention at COBALT, Mr. al Baluchi was “used as a training prop” by trainee interrogators trying to obtain their certifications.  They threw him over and over against a wall and inflicted a traumatic brain injury. 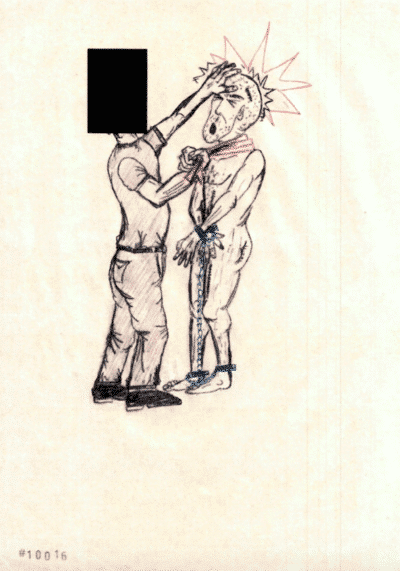 He was also subjected to mock drowning with ice water on a tarp and sleep-deprived for over 3 days with his hands shackled to the ceiling and loud, offensive music playing. 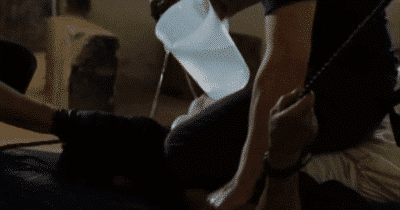 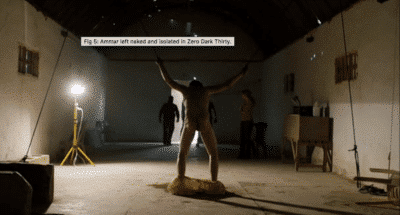 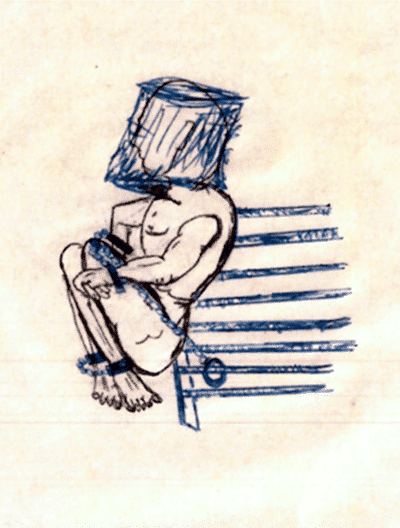 Drs. Mitchell and Jessen were defiant about their involvement in the program, claiming that they would “do it again” if they could.

Dr. Mitchell admitted that he had threatened to cut the throats of Khalid Sheikh Mohammad’s children.

Shockingly, Dr. Jessen discussed his view that Mr. al Baluchi and the other detainees could control their own torture, since “at any time they didn’t want the techniques to be applied, all they had to do is talk.”

On the contrary, CIA torturers used their total control over Mr. al Baluchi and the other detainees to conduct human experiments with the torture techniques. 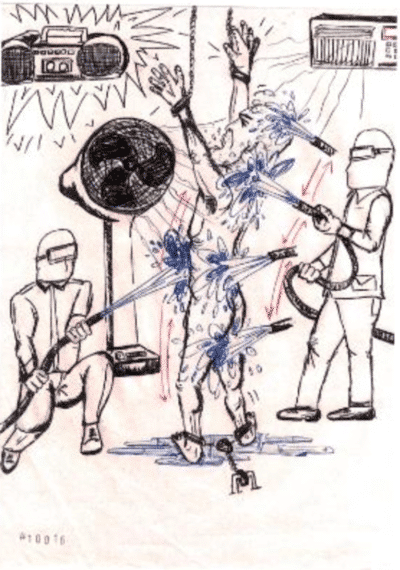 After the initial physical torture, the interrogators maintained his psychological torture throughout his detention.

They dressed in all-black clothing to appear menacing, threatened to return him to physical torture, and subjected him to 24/7 fluorescent lights to keep him sleep-deprived for 3 years.

They also held him in cells with ceiling shackles to remind him of the debilitating standing sleep deprivation, and at sites where he could hear others being tortured.

Many of the same interrogators who had been involved in his torture appeared at later black sites, reinforcing his fear that he could be further tortured at any moment. Even after Mr. al Baluchi arrived at Guantanamo Bay in September 2006, he remained under the “operational control” of the CIA.

Far from ever being “comfortable,” Mr. al Baluchi’s mental and physical health was destroyed by the U.S. government and continues to worsen over time.

He has never received medical treatment for his torture at Guantanamo. If the 2007 FBI statements are not suppressed, Mr. al Baluchi may face execution based on statements taken under conditions of torture.

For further information about the ongoing hearings at Guantanamo Bay, please follow @Gitmowatch, @BaluchiGitmo, and @CarolRosenberg.