Australian nationals, Dr Lukman Thalib and his son Ismail Talib have been arbitrarily detained and tortured in Qatar since 27 July 2020. They were held incommunicado for 37 days and have not been given access to legal representation. In addition to being held without charge or trial, they have been interrogated, enduring cruel and inhumane treatment, including sleep deprivation, temperature exposure and bring restrained in painful stress positions, all of which is in violation of international law against torture. The subsequent arrest of Dr Thalib’s other son Ahmad in Australia, along with the interrogation of his extended family members in Sri Lanka, appear to be part of a coordinated operation against the family across three continents.

Dr Thalib and his son Ismail Talib are currently believed to be held at an undisclosed detention facility in Qatar.

Dr Thalib, 58,  is a husband, father to four and grandfather to nine. He is an Australian citizen, originally from Sri Lanka. He is a Professor of Biostatistics and Head of the Department of Public Health at Qatar University. He is also Professor of Biostatistics at Griffith University in Australia. Most recently he was also a member of the Scientific Reference and Research Task Force established as part of the response to Covid-19, in Qatar.

His daughter Maryam describes him as “a teacher who did not limit his duties to the seminar rooms and conference halls, but was so careful to fulfill his duties to the best of his abilities even outside of working hours. He was very focused on contributing to the betterment of society wherever he went and sacrificed a lot of his time towards this goal.”

Prof. Lukman Thalib with his wife and some of his grandchildren

An Australian citizen who has been working in academia for the last 30 years, Dr Thalib completed his MSc and PhD in the United Kingdom and has had over 160 peer-reviewed scientific publications. He has also been involved in over 400 research projects. His work has seen him address conferences in the United States, Sweden, Japan and Saudi Arabia amongst other countries. 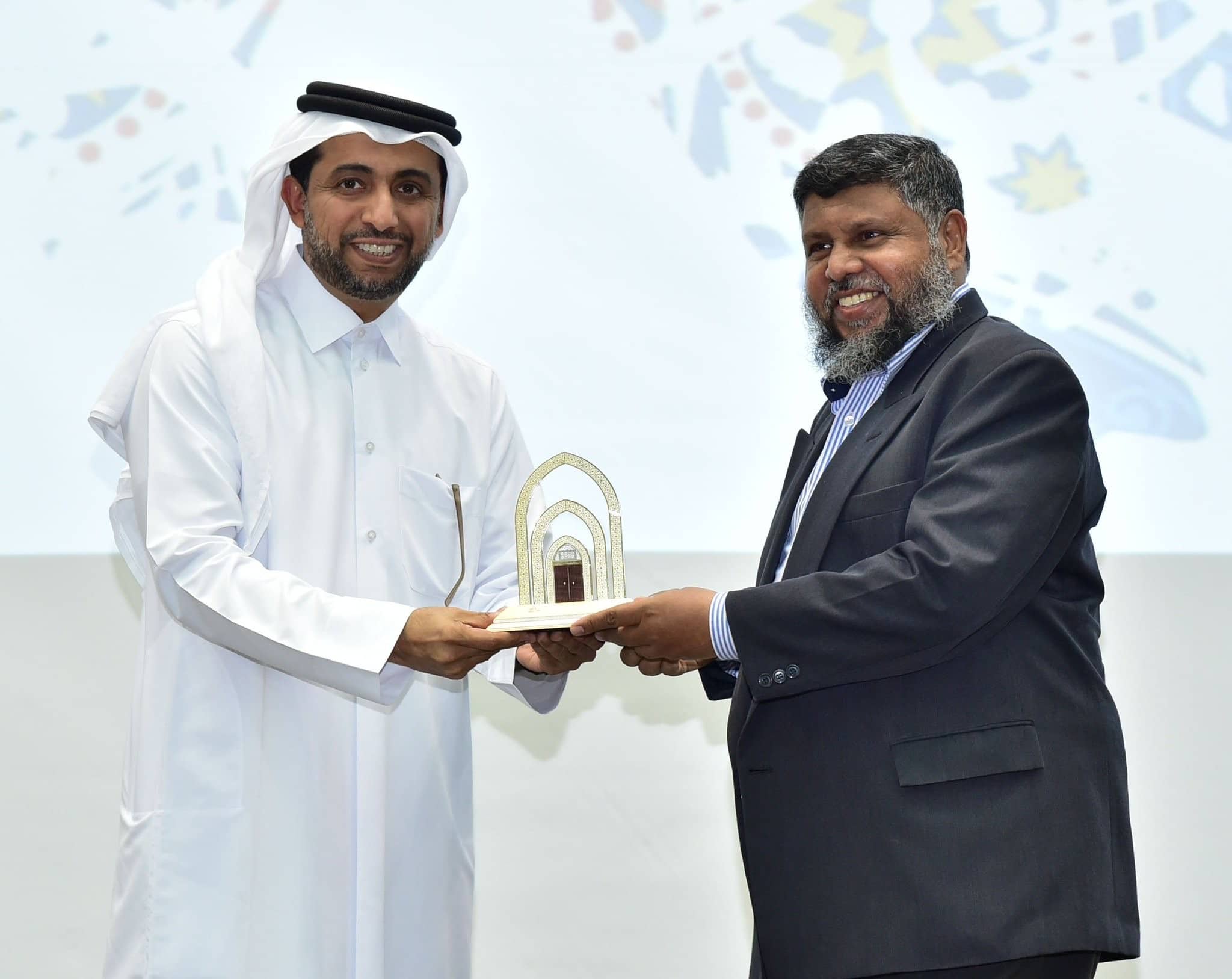 Ismail is Dr Thalib’s son and is also an Australian citizen. He is 24 years old and has a degree in Information Technology, majoring in computer networks and security from Australia. He has been working in Qatar for the past three years as an application security engineer for Al Jazeera. 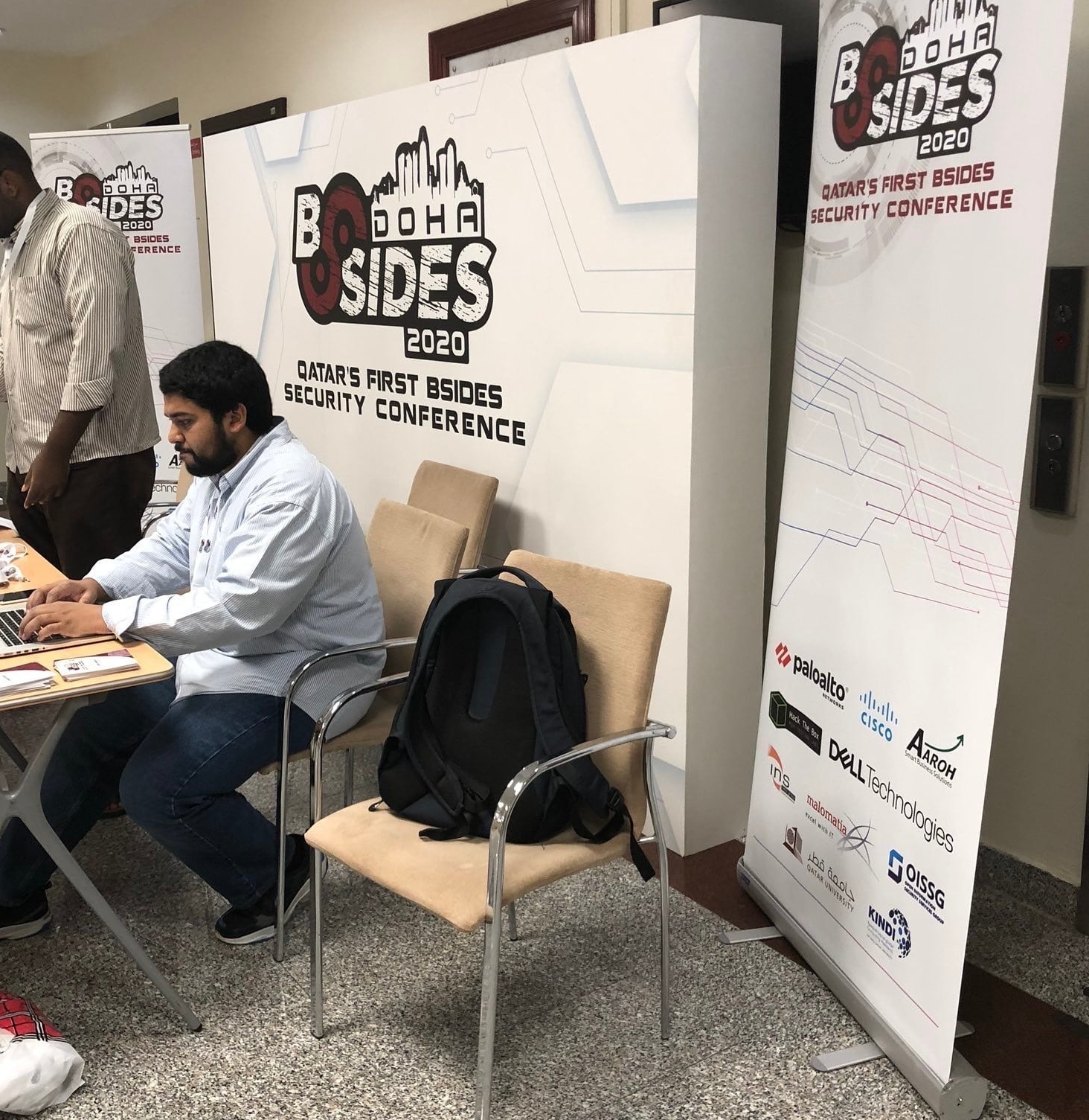 His sister Maryam describes him as someone who would “keep the family laughing with his unique humorous take on otherwise serious matters in life”. She says he was “very dedicated to any work or project he was involved in, and would set very high standards for himself to make sure he fulfilled the rights and duties of others. He never cared to be seen or acknowledged for his many contributions, and feels most comfortable to live unknown and unheard.” 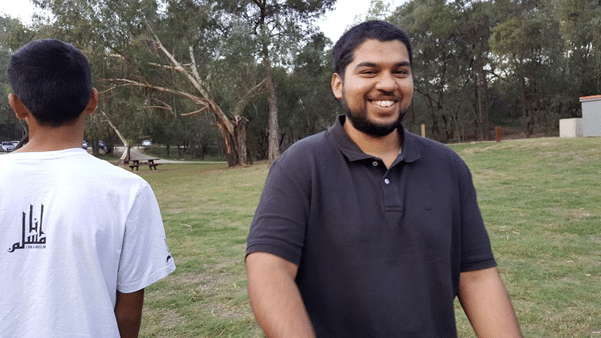 Father and son were held incommunicado for around 37 days. The Thalib family were not informed of the reasons for and conditions of their detention. Furthermore, they were not allowed any access to a lawyer nor any consular assistance.

On 1 September 2020 Dr Thalib made contact with his family for the first time by telephone. Since then he has been allowed two calls weekly for a few minutes to his family. It is during this time he tried to communicate what he has been going through since 27 July 2020. However, it is clear the conversations are monitored, so he is not able to express himself fully.

Torture and inhuman and degrading treatment

Through the limited conversations the family has had with Dr Thalib, they have been able to ascertain the type of treatment he and his son have had to endure. It is unclear what questions they have been asked during their interrogations.

According to information obtained by the family, father and son have allegedly endured severe physical and psychological torture including but not limited to:

Qatar is a signatory to the UN Convention against Torture and Other Cruel Inhuman or Degrading Treatment or Punishment. Under the allegations above, the country is in violation of this convention. The physical and psychological methods listed above are widely accepted in international law as torture, and as such are unlawful under any circumstances.

Aside from the psychological impact of such treatment, there are also physical effects. Dr Thalib’s hands and feet are numb and he complains of burning sensations in them, while the other men detained with him have complained of the same. He is unable to speak openly about his treatment; when he does express something explicitly, the abuse and mistreatment seems to get worse. More detail about his health follows below.

The family are also concerned that he is enduring some form of dietary manipulation, since he is not always consuming food normally. There are concerns that he has not been given solid food during this time and  he may be being fed in liquid form or through a tube.

Ismail’s treatment and condition is unknown. He initially refused to cooperate with the Qatari authorities when they tried to interrogate him; he requested access to a lawyer as per international law, and this request was denied. Consequently, he has been punished by not being allowed to speak to his family at all.

When speaking to his family, Dr Thalib is often extremely drowsy and even incoherent. He has lost over 25kg so far, and there are serious concerns about his health. He has been suffering from bradycardia (lower heart rate than normal) and hypotension (extremely low blood pressure) for the last few weeks; prior to his detention, he was hypertensive (sustained high blood pressure) and was on medication.

Dr Thalib has also suffered with chronic myeloid leukaemia (CML) which he was diagnosed with in 2005. He has since entered into remission, however he is at high risk of relapsing and has been advised by doctors to maintain check-ups every three months. His last check up for this was in May, around two months before his detention, he has now missed two check-ups and his physical health is clearly deteriorating daily.

There are medical staff assigned to those detained, and prior to being taken for tests in detention, Dr Thalib was hooded. When he saw the doctor regarding his concerns, the doctor said it was just old age, despite him not having experienced any of his current symptoms prior to his detention.

In mid-September, members of the community in Australia and Ahmed’s friends, were approached and harassed by the Australian Security Intelligence Organisation (ASIO), Australia’s security services. They were questioned about Dr Thalib and Ismail’s detention in Qatar and asked them why the family hadn’t yet approached the Australian embassy. The ASIO expressed that they were deeply saddened and concerned about the developments in their case.

Australia has an obligation to its citizens, as signatories to the UN Declaration on Human Rights, to protect them from such abuse and repatriate them immediately.

On 19 October 2020 the United States government published a press release regarding Ahmed Talib, Dr Thalib’s son, issuing a financial designation of his assets. The family are exploring how to legally challenge this designation.

On 20 October 2020, despite security services having initially “expressed concern”, Dr Thalib’s son Ahmed’s home in Australia was raided by 40 counter-terrorism officers in a joint operation between the Australian Federal Police and the Victoria Police. All the electronic items in the home were seized. No arrest or charges have been brought forward yet.

On 12 November 2020 Qatar confirmed to the Australian embassy that Dr Thalib and Ismail had been detained. However they gave no information regarding the investigation, or the cause of their detention.

On 19 November 2020 the Australian consular staff visited Dr Thalib and Ismail. It was clear from their update to the family that the doctor was unable to speak freely, and he was not able to adequately explain their condition or treatment.

Just a few weeks after Dr Thalib’s detention, family members of the Thalib family in Sri Lanka were called in for questioning by police for up to six hours each time. hey were asked questions about Dr Thalib and his family. This questioning has been ongoing for the last few months, and it continues to this day.