Language policy and its silent intimacy with counter extremism

Dr Hanain Brohi traces the relationship between integration, English language promotion and counter-extremism over recent years in the UK – and how it serves both in the interests of expanding surveillance, and reactionary nationalism on the part of the British government.

Language policy has long been used as an instrument to serve colonial and imperialist endeavours.

The linguist, Robert Phillipson, has written on linguistic imperialism at length, asserting that language and its management are both intimately connected to agents of power, such as empire.

The near omnipresence of the English language globally, particularly in post-colonies, attests to this connection and, in Ngugi wa Thiong’o’s words, points to the role of English as a language of ‘imperialist imposition’.

This connection between language and empire was echoed in Gordon Brown’s 2008 press release upon his first visit to China and India as Prime Minister, as he pushed for a further dispersion of English language learning to make it the global language of choice.

Rather ironically, he framed it as “a new gift to the world” (emphasis added). In more recent years, this “gift” along with British language policy more broadly made its bed with the state’s countering extremism strategy.

English as a Preventative measure

Days after the release of the Prevent Duty guidance in 2015, then-Home Secretary Theresa May made a connection between language and countering extremism with these words:

“Government alone cannot defeat extremism, so we also need to do everything we can to build up the capacity of civil society to identify, confront and defeat extremism wherever we find it.
We want to go further than ever before in helping people from isolated communities to play a full and fruitful part in British life.
We plan a step change in the way we help people to learn the English language. There will be new incentives and penalties, a sharp reduction in funding for translation services, and a significant increase in the funding for English language training.”

“May’s words implied that learning the English language, coupled with a renouncement of other languages, can serve as a remedial tool to prevent extremism.”

There are two main points here pertaining to language that set the groundwork for policies that were to follow: first, to encourage English language learning with a more pronounced vigour; second, to discourage multilingualism in public spaces where translation services would have otherwise been made available.

Although May did not explicitly outline the consequentiality of this relationship between language and countering extremism, her words nonetheless imply that learning the English language, coupled with a renunciation of other languages, can serve as a remedial tool to prevent extremism.

This connection was made explicit in 2016 following two significant events that were both imbued with a banal nationalism.  In January that year, then-Prime Minister David Cameron announced a £20 million English language tuition fund for Muslim women.

The respective press release was riddled with tones of muscular liberalism, stating that the government’s objective to end its ‘passive tolerance’ of ‘separate communities’ as part of ‘building one nation’ required ‘being more assertive about liberal values’.

Cameron’s subsequent comments in the media filled in the blanks from the press release vis-à-vis language skills and extremism—he proceeded to suggest that non-English speakers pose a threat to Britain:

Cameron’s integration narrative was further pushed in the Casey Review released in December 2016, which fortified the position of English as a marker of integration.

Upon highlighting low English literacy levels amongst South Asian—specifically Bangladeshi and Pakistani—communities, the report recommended the promotion of the English language as a means ostensibly to  improve integration.

This recommendation also came with emancipatory aims to make services of aid available to those Muslim women whose freedom may be hindered by men.

With the funding for translation services being cut, the report neo-liberalised social justice and equity by centring English as a key to empowerment, and placed the responsibility of minimising oppression on women brushing up their English literacy levels.

This is not to say that learning English has no value; rather, the immediate needs of women, namely access to translation services, had not been entertained.

The language policy then not only involved putting certain strategies in place to encourage English language learning, it simultaneously functioned as a space to withhold multilingualism through denying translation services.

This was similarly reflected in the Integrated Communities Strategy (ICS) green paper published in March 2018, which pushed for the boosting of English language skills to improve ‘integration’ in a ‘modern Britain’.

A few months later, in September 2018, the government launched the ‘Integrated communities English language programme’ to actualise their aims. Interestingly, the Challenging Hateful Extremism report by the Commission for Countering Extremism (CCE), published in 2019, dedicates a section to ‘Cohesive Communities’ citing the ICS green paper, although it paradoxically claims that community cohesion—which includes the promotion of the English language—is not part of the broader countering extremism strategy.

Despite that, the foundation upon which integration has been set, and the discourse and language surrounding it with regards to building a ‘stronger’, more ‘modern’ and ‘liberal’ Britain is grounded in countering extremism—the Building a Stronger Britain Together (BSBT) fund is an example of this.

“These whispered traces of extremism in language policies showcase the covert pervasiveness of countering extremism that the government may otherwise attempt to deny.

In other words, countering extremism is omnipresent, even if it is coded in through subtle language.”

The marriage between integration and countering extremism is also reflected in both, the ‘Integrated communities English language programme’ that preceded the CCE report, and the ‘English for Speakers of Other Languages (ESOL) for Integration fund’ prospectus that followed in 2020—both stating that improving English skills could help alleviate issues such as extremism.

In both documents, the word ‘extremism’ has been bracketed, and essentially included as a quick side-note outlining the supposed benefits of learning English. These whispered traces of extremism in language policies showcase the covert pervasiveness of countering extremism that sits within spaces and policies the government may otherwise attempt to deny. In other words, countering extremism is omnipresent, even if it is coded in through subtle language.

The cumulative effect of Cameron’s English tuition fund, his follow-up discourse, along with the reports and policies that followed, have worked to construct the English language as neutral and discursively innocuous through its supposed impermeability to ISIS messaging.

In other words, given its apparent function as a gateway to ‘belonging’, Britishness, and ‘liberal values’, English ostensibly counteracts Muslims’ supposed predisposition to terrorism.

Therefore, successful ‘integration’ through being the ‘good’ Muslim is contingent upon the extent to which one is willing and able to speak or learn English. The inverse being that racialised languages specifically render one’s identity fragile and unstable, and are therefore inherently porous to extremism.

These linguistic terms of acceptability closely overlap with bordering practices and conditional citizenship that examine levels of ‘cultural’ knowledge and language ability. These are not, however, mere entry requirements—the conditions of acceptability are unceasing for racialised communities. Therefore, in linguistic terms and beyond, ‘Integration’ is essentially a one-way street.

In effect, the language management exercised by the state is not one that supports linguistic diversity; rather, in true colonial form, it is one that seeks to control language choice through subtly and implicitly criminalising racialised languages in particular, rendering them a security risk.

Multilingualism and its surveillance potential

The desire to strip racialised communities away from their languages in exchange for English to build a more ‘integrated’ Britain and curb extremism is self-evident of the linguistic securitisation at play. And yet, ironically, there is an air of concern about the lack of access to different languages.

The CCE’s ‘Operating with impunity’ legal review, published in February this year, raises concerns about the use of “religious or theological terminology” in an “unfamiliar language”. Although the review does not directly recommend the policing of these ‘unfamiliar’ languages, it cites a frustration in a “lack of expertise within community policing and the wider justice system to recognise the stirring up of hatred” through the use of religious and/or theological terminology spoken in an ‘unfamiliar’ language.

This not-so-subtle coded wording makes it quite clear as to which ‘unfamiliar’ languages, and with that who may be considered troublesome, and a hint lies in the publication of the 2018 Counter-extremism strategy (CONTEST) summary in Arabic and Urdu (the 2011 version is also published in these languages).

It is currently unclear as to whether the provision to learn foreign languages will be made available to staff at the Metropolitan Police (as it has been for the Defence Academy of the UK), or if there will be an investment in efforts to encourage Muslims to (further) engage in self-policing.

“Essentially, what is clear is that multilingualism is both a nuisance to the nationalist and securitisation agenda(s), and is simultaneously a tool for surveillance.”

It is worth noting, however, that in 2015 Scotland Yard added speaking a second language as a new criterion to their recruitment of new police constables in London, with 8 of the 14 desired languages on the list being languages associated with racialised communities.

Essentially, what is clear is that multilingualism is both a nuisance to the nationalist and securitisation agenda(s), and is simultaneously a burgeoning tool for surveillance.

Language policy is slow moving and subtle. Although it has not been connected to countering extremism and the War on Terror explicitly, it has moved alongside these strategies like a faint yet loyal shadow, showcasing how extensive and intricate the web of the War on Terror is.

In effect, language policy continues its partnership with empire through its silent intimacy with countering extremism.

Photo by Green Chameleon on Unsplash 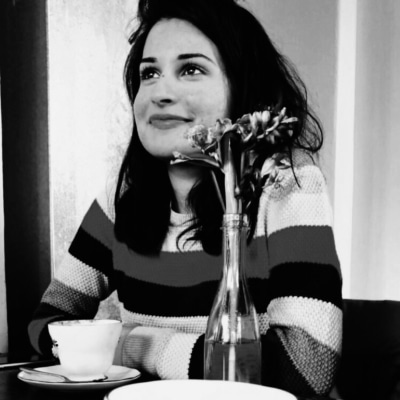