“Salafi-Jihadism”: Frightening Menace or Scapegoat for the War on Terror?

Jaan Islam argues against the label of ‘Salafi-Jihadi’ that has saturated discourse around Muslims in recent decades. He explains how it operates on false dichotomies and challenges it on the basis of it being an incoherent categorisation in theological terms, while lending itself to security-oriented outcomes.

The words ‘Salafi’ and ‘Jihad’ in the western imagination conjure a range of images and depictions.

9/11, ISIS, the radicalised Muslim man bearing a long, bushy beard with a rifle cast on his shoulder; these are all familiar portrayals in the news, movies, documentaries and on social media.

Ranging across demographics of race, age, political and even religious views, and our desires to repress them, we inevitably associate these words with concepts through constant bombardment of these images in the media we consume.

But what is Salafi-Jihadism in the first place? The term, which appeared during the late-1990s,[1] became widely popular in both the academic literature and popular media, and has since been used as an eponym by those associated with the ‘movement.’

“The term Salafi-Jihadist is problematic because it paves the way for false dichotomies, a friend-enemy distinction that has justified extrajudicial murder, unlawful detention, and counter-extremism programs.”

The term is made of two parts, the adjective, ‘Salafī,’ denotes a sect within Sunni Islam that has been characterised as literalist, anti-rationalist, and opposed to modernity, while the noun, ‘Jihadi,’ indicates someone dedicated to violence against the state and the replacement of the world system.

In my research of the term and its use in recent history, I oppose this characterisation for two reasons.

The first is related to its inability to even signify a particular traceable group. Despite the use of the term, even as a self-descriptor, it does not even signify or denote a particular group, school, or military faction, leading to vast inaccuracies in the way we understand those characterised as Salafi-Jihadists.

My second problem with the term stems from the first: the overly simplistic nature of the title and lack of precision lends itself to false labels and dichotomisations used to categorise ‘good’ and ‘bad’ Muslims—a typology used by the nation-state to identify those deserving fundamental human rights.

After the British seizure of Delhi in 1803, and the subsequent establishment of its colonial state, Muslims from across India had taken up arms against the foreign incursion.

First used as a polemical tool to classify and eliminate Muslim opposition to colonial rule, the term “Wahhabi” — named after religious leader Muhammad Ibn Abd al-Wahhab (d. 1792) — would be applied to the followers of Shah Ahmad Barelvi (d. 1831), one of the leaders of the rebellions.[2]

Despite no ideological, let alone political, coordination with the nascent Saudi State, the term ‘Wahhabi’ would proliferate as a category to identify and eliminate ‘the enemy.’ In the 20th century, the term Salafi would become synonymous with the frightening image of the Wahhabi, which by that time had also been used as an intra-Muslim polemical term denoting the frightening adversary from within.

In the post-9/11 context, these words would retain their meanings but subject to new classifications—new differentiations between friend and enemy.

The Salafi-Wahhabi would become associated with the image of ‘the other,’ Muslims living in the West who refused to assimilate. The old categories of ideological rigidity and opposition to modernity would collide with the categorisation of the Wahhabi as the mindless, violent extremist with no aim but destruction of the other.

In his post-9/11 monograph on Islam, Khaled Abou El Fadl would summarise the caricature perfectly—believing in it fully himself: the Salafi “was invariably intolerant, supremacist, oppressive toward women, opposed to rationalism, hostile toward most forms of creative artistic expression, and rigidly literalistic.”[3]

“Despite no ideological, let alone political, coordination with the nascent Saudi State, the term ‘Wahhabi’ would proliferate as a category to identify and eliminate ‘the enemy’: Indian Muslims resisting foreign incursion.”

We see the Salafi-Jihadi being used as a typological category of the “you’re either with us, or with the terrorists” dichotomy.

It became a categorical tool used by western academics of Islam to identify “the enemy” in need of destruction following the instability brought by the neo-colonisation of the Muslim World (Iraq and Afghanistan being the most prominent).

At the same time, the term would be used by Muslims to distance themselves from the targets of government persecution in the War on Terror.

My argument is not just that Salafi-Jihadism is a bad category, but that it’s factually false.

Academic attempts to define and identify the movement have been met with little success. Perhaps the biggest reason for this is the attempt to define a religious movement by its relationship to the West.

The defining feature of the Salafi-Jihadi, following their portrayal as extreme, peripheral, and nihilistically violent is – most importantly – nothing but his religious opposition to the state that defines his identity.[4]

Yet, even among those who adopt the title, do so for merely strategic purposes. There is no single school or sociological phenomenon traceable to one or two prominent figures. It is not a religious movement or political agenda with international coordination. 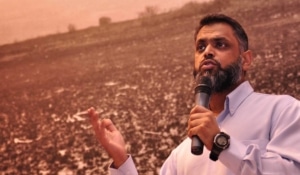 Read more: Jihad and terrorism: a war of the words

Following the invasion and oppression of Muslims around the world, including the ethnic cleansing of Muslim minorities in Bosnia, Russia and China, a plethora of local and international Islamic movements emerged in opposition to the nation-state’s attempt to erase Muslim identity. These include highly diverse people from a vast range of religious backgrounds, including Sufi mystics and doctrinal schools not typically associated with Salafism.

Even among people who adopt the title “Salafi Jihadi,” there is great difference of what it means, and the level to which it makes one’s identity.

For some, like Abu Muhammad al-Maqdisi, the term is a tautology, reasoning that one can hardly be considered an orthodox Muslim if he doesn’t believe in jihad. Still yet, he tells us: “even though we don’t oppose it, we never gave ourselves this title.”[5] Others, despite being labelled Salafi-Jihadists, refuse to be labelled with the term altogether, notably Syrian jurist Abu Basir al-Tartusi, who even expressed dislike of the word Salafi despite his works being widely circulated in those circles.

To be sure, I am not suggesting that there are no Muslims who match the above descriptions; who undertake ‘jihad’ or are ‘rigidly literalistic’. My argument, rather, speaks to the way that categorisations reflect our biases and attempts to simplify things we either don’t understand or desire to label as the enemy—as foreign.

The portrayal of Salafi-Jihadism, and even the existence of the category is inseparable from the image of the frightening Muslim, threatening to the status-quo. This gives rise to two highly problematic conclusions. The first is that the name Salafi-Jihadi implies that Jihad is defining of the person’s identity—when in fact this is a western rationalisation of Muslim identity.

“Because Salafi-Jihadis believe in the Shari’a, the Caliphate, and jihad, it is said that all Muslims who believe in this must be subject to constant surveillance and regulation, ignoring the great number of Muslims who happen to share a belief in Islam’s central tenets for over 1400 years.”

When Chechen Mujahideen were fighting the Russians in the 1990s, French intelligence noticed a strange phenomenon: most of the communication between fighters and their commanders were related to daily ritual religious realities—prayer, fasting, purification, etc.—than planning attacks or discussing strategy.[6]

This example gives us a minuscule glimpse into highly rich and diverse number of traditions that define Muslims today, and we can only understand the reasons for jihad if we recognise the multifaceted, complex nature of the lived Muslim tradition.

This leads me to my second point. The term Salafi-Jihadist is problematic because it paves the way for false dichotomies, a friend-enemy distinction that has justified extrajudicial murder, unlawful detention, and counter-extremism programs.

Because, it is said, Salafi-Jihadis believe in the Shari’a, the Caliphate, and jihad, it is said that all Muslims who believe in this must be subject to constant surveillance and regulation, not realising (or choosing not to realise) the great number of Muslims who happen to share a belief in Islam’s central tenets for over 1400 years.

These false dichotomies have practical effects on Muslim communities. From ‘what type of Muslim are you’ quizzes to malicious programs like PREVENT, the category of the Salafi-Jihadist, Islamist, and related terms have served as litmus tests to determine a Muslim’s loyalty to the state. In turn, beliefs sacred to Muslims around the world have been re-categorised by state power, and devalued as a result.

[1] While Kepel was the first to introduce the term in French, he attributes the term to Egyptian-British cleric Abu Hamza al-Masri. See Kepel, Jihad: The Trail of Political Islam (Harvard University Press, 2002), 403.

[2] See John Voll, The Impact of the Wahhabi Tradition,” in Mohammed Ayoob and Hasan Kosebalaban (eds.), Religion and politics in Saudi Arabia: Wahhabism and the state (Boulder, CL: Lynne Rienner Publishers, 2008), 158-9. This use would be in addition to Ibn Abd al-Wahhab’s actual followers, many of whom identified with the descriptor.

[4] This is clear in definitions of Salafi-Jihadist groups especially in literature utilising anti-terror methodologies.

[5] This quote is taken from one of al-Maqdisi’s responsa (fatāwā) on his website Minbar al-Tawhid wa-l-Jihad, where he is asked about the Islamic permissibility of using this term. 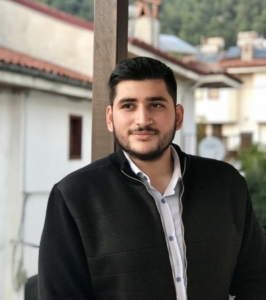 Jaan IslamAHRC Doctoral Fellow and PhD Candidate of Islamic Studies at the University of Edinburgh.
Jaan studies Salafism and decolonial political theory, and is a co-author of a forthcoming book on the political thought of Ibn Taymiyya, entitled Islam and the State in Ibn Taymiyya: Translation and Analysis (Routledge).